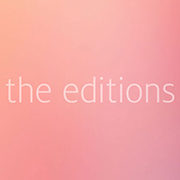 the editions is an annual collection of custom-made luminaires created for special projects with specific customer needs.

With the eCommerce Portal, selected customer groups can easily order online and access digital services, such as availability and price queries.
Go to the portal
LSP